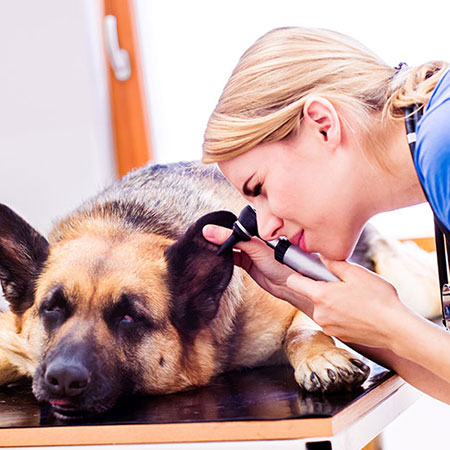 Is your pet scratching at his ears or shaking his head more than normal? Otitis could be the problem. Learn more about what could be going on with your pet and how your veterinarian may get to a diagnosis.

Otitis is a general term to describe inflammation of the ear, but it can be broken down into three different types:

Otitis externa describes when the external ear canal is inflamed. Inflammation can occur when the glands inside the ear canal produce too much wax and fibrous tissue, causing the canal to narrow. It can also be caused by infection (both from bacteria and fungus). Otitis externa can cause pain, redness, itching and head shaking. If the condition lasts a long time or recurs over and over, it can lead to a ruptured eardrum and inflammation of the inner ear canal.

Otitis media describes inflammation of the middle ear structures, which is often caused by an extension of infection from the external ear canal or a ruptured eardrum. The signs of otitis media can look similar to those of otitis externa: Head shaking, pain, itching, rubbing, discharge and rotating of the head are often seen.

Otitis interna describes inflammation of the inner ear structures caused by repeated inflammation of the middle ear. It has similar signs to otitis externa and otitis media, but it can include deafness and loss of balance. Neurologic signs such as facial nerve paralysis and nystagmus (uncontrollable eye movement from side to side) are sometimes seen as well.

How your veterinarian can help your pet

These conditions can be diagnosed using several methods. Your veterinarian will most likely start by performing an exam with an otoscope (a device used to look in your pet’s ears) to diagnose outer and middle ear infections. Your veterinarian may also perform a microscopic examination to check for yeast and bacteria in the ear. If an inner ear infection is suspected, a computed tomography scan (commonly called a CT scan) or magnetic resonance imaging scan (commonly called an MRI) may be needed of your pet’s ear canal to see if fluid is collecting or if soft tissue is growing. Be sure to see your veterinarian if your pet is experiencing any of the signs of otitis externa, media or interna. These conditions can cause serious problems if they last for long periods of time or are left untreated. 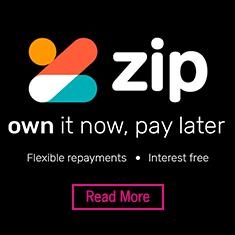